The New England Patriots are the first NFL franchise to have an official digital presence in Brazil! 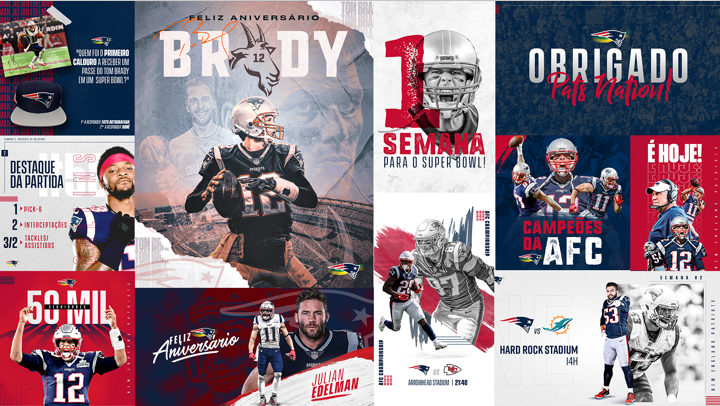 Context:  Observing the increasing size of its Brazilian audience, the Patriots also hired Effect Sport to start working its digital presence in Brazil. As the franchise seeks to capitalize on its unique on field success, we leaned on a similar path as we implemented with the NFL.

Development: With local handles on Instagram and Twitter and one of the most engaging groups on Facebook, the fans have now a closer connection with the team. As we expand their local base, we stay in a more comfortable position to target prospect for the Pro Shop and other franchise’s touch points.

Results: The Patriots is by far the most popular NFL team in Brazil, and managed to make it more faithful then ever with its digital efforts. We raised social following in 70k users and created more than 50k leads